Thoughts on the breastfeeding journey

I mentioned in my about me how I like to keep things simple, and with this list of things I included ecological breastfeeding.

Just to clarify, this is not the same as exclusive breastfeeding. With ecological breastfeeding, you do exclusively breastfeed, but you also follow nature rather than culture in regards to when and how we soothe baby( no paci, co-sleeping, nap nursing etc).  It comes from the Seven Standards by Sheila Kippley, and is quoted as " ... that type of baby care which follows the natural mother-baby relationship. It avoids the use of artifacts and mother substitutes; it follows the baby-initiated patterns" so in a nutshell it's more than just breastfeeding for nutrition. I didn't actually know this is what I was doing, per se, until many months into our breastfeeding journey when I discovered the book.

And though simple and true to nature in concept, it can be challenging in today's world for many mothers to even attempt.

While I am blessed to be able to be at home with my babies and nurture them this way, it hasn't really been what I would call "easy." In fact, at times it has been one of the most challenging things I've faced. So, although I included it in my lists of "simple" it hasn't been without challenge.

I have busy, nosy and super active babies. From the time he was born, my son has been an observer of all that's going on. While a lot of people would talk about their baby spending forever at the breast, I was lucky if he would stay still for even a few minutes. Combined with a lip and tongue tie, my abundant oversupply, and  two 2 year olds in the house much of the time(I was babysitting regularly once he was 8 weeks old) this made our early days of nursing hard. While he was gaining well, it was largely because we nursed every hour and sometimes more often.(turns out this is kind of common, but again, misunderstood..)

On top of this, my confidence in breastfeeding was on the low end and everyone seemed to have their own opinions and suggestions on how to help. I often felt like people didn't really "get it" because, no fault of their own, they didn't understand ecological breastfeeding. This type of breastfeeding in our society is not widely practiced, and people, even those who have breastfed often don't know about it or understand it. I imagine you have heard the phrase "he's just using you as a pacifier" as if that's a bad thing... it's not. I mean, to each his own and all, but it is absolutely OK for you to be your baby's source of comfort and security. It is okay to be the pacifier and in fact, that's kind of the design. But the message many women receive runs counter to this. So, when you are being (or trying to be) your baby's pacifier and other people make such comments or keep offering your baby things to suck on, it can be hard to press on. For a while I did try using a pacifier, but ultimately it only made nursing harder and frustrated our nursing relationship. The moment I realized this and threw them out, though hesitantly, was a moment that shed light on what our relationship could and would be, and I had control over some things to make changes.

I was also blessed that my mom and the instructor we took our birth course from knew and had practiced this type of mothering. They referred me to  the womanly art of breastfeeding and the le leche league. These served as major confidence boosters and as an effective authority when I had to explain or defend my mothering choices ( which, unfortunately I did feel the occasional need to do)

With these resources and the support of my husband, I pressed on even when things were challenging. And because of this I felt like I finally hit my stride with breastfeeding around 6 or 7 months and my son and I had several months of good nursing relationship - until a little over halfway through my pregnancy with my daughter.

I never really lost supply, but around that time the milk flavor changed and started shifting to a colostrum like milk(much more salty, often he would request a drink of water after nursing.)  He didn't seem bothered but changed the way he was nursing to where he was leaving teeth marks on the top. Which, I believe contributed to the breastfeeding aversion I developed around 8 months pregnant.. To help me, we night weaned and it was an awful emotional roller-coaster. I felt awful for having the desire to wean, when my son (16 months at the time) was still very emotionally and developmentally in need of the comfort of nursing. Nursing was his home base. His way of dealing with challenges and finding courage and comfort. I was ( and still am) his security blanket. His constant in a world of change. It is a place of honor God has given me as mother, to be his first home. It is,of course my job to help him discover God as the true constant and source of strength, but in these baby years it is Christ in me that brings them comfort. And the primary way I had found to do this was through nursing.

Nursing my daughter, in the begging was a dream,by comparison. She did get thrush and I had a few very brief  bouts of mastitis brought on by life stresses and over doing it(resolved with vitamins, rest, lots of nursing and water), but even these challenges were different and faced from a point of greater confidence.

As hard of a start as we had, it was not my desire to come to an abrupt end nursing my son. But end we did. After five months of attempting limits and nursing a newborn at the same time, I realized we had reached a point where nursing was more stressful for both of us and it was no longer the way I could comfort him. It was too much for us and no longer drawing us closer, so at 23 months, with many tears, we weaned.

Now, fast forward to today  and I am 18 weeks pregnant with baby number 3 and have been night weaning my daughter, and slowing cutting out daytime nursing as well. I've had some serious soreness this time too, and my supply actually seems to be dwindling down, unlike before. My goal is to have her weaned by the time new baby is born, but I'm also seeking to be patient and open.

It is helpful that I have "been here before" in many ways. Again, there is nothing like the confidence gained by having gone through trials. God really does equip us, and helps us learn. I'm sure I could have found greater confidence and strength in Christ the first time around, but I'm flawed. I am human, and I was not there yet.

I have found that, having learned my limitations as a mother and what I cannot do, has helped me proceed with grace and patience in this weaning journey. I know she is young and it is early, but I also know that we will be able to comfort and love and bond in many ways and our relationship will continue to grow beyond nursing, just as it has with my son.

So. These are a long jumble of thoughts on this breastfeeding journey. A big help to me when in my weaker moments or more emotional times of breastfeeding stress, was reading stories from other moms. Women who were dealing with all these things helped me realize that I was not alone. Not only did it show me that it wasn't just me, it reminded me that God was with me and he heard me.

So, maybe this can help you remember that too. Where ever you are on this journey. 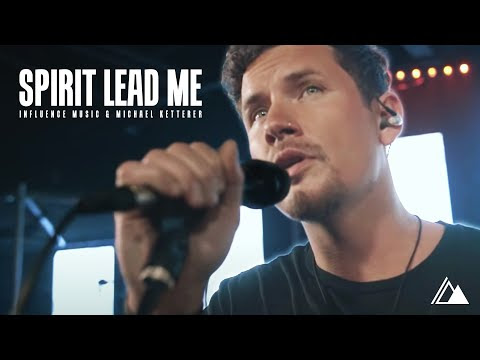 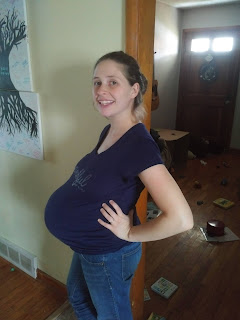